Create a docker image for a React app

This tutorial will show you how easy it is to create a docker image for a react application. Lets get started.

You need to have the following installed on your computer:

Choose a suitable working folder and then execute the following command in a terminal window to create a React app named react101:

The app will display in your default browser as shown below: 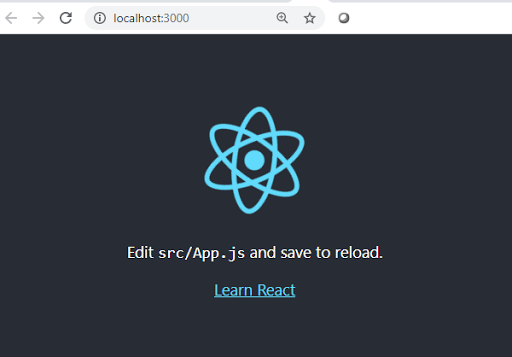 Stop the app by typing CTRL C. Execute the following command from a terminal window in the application's root folder to create a deployable version of the application.
npm run build
This creates the deployable artifacts in the /build folder and looks like this:

We will use the nginx web server docker base image. Create a text file named Dockerfile in your application's root folder and add to it the following:

The nginx.conf configuration file is used to set the nginx document root . Add the following code to nginx.conf:

We can now build a docker image by running the following command:
docker build --tag react:1.0.0 .
You should see your docker image when you run the following docker command:
docker images
Your output will look similar to this:
react  1.0.0  8fa6896c8bb4   About a minute ago   23.1MB
Let's run the image as a container and see if we can load our react app in a browser. Run the following command to run the web app on port 8888 in a container:
docker run -d -p 8888:80 react:1.0.0
Point your browser to http://localhost:8888 and you should see your web app being served from a docker container.
Posted by Medhat Elmasry at 4:05 PM