The Windows 10 anniversary edition has build-in support for Docker. In this tutorial I will show you how to scaffold and deploy a SQLite database driven ASP.NET core app and deploy it into a Linux Docker container. If you are new to Docker on Windows 10, you can refer to a previous post that will help you install and configure it.

The pre-requisites needed to proceed are:
You can get more information on installing the Yeoman command line interface at http://yeoman.io/codelab/setup.html.

1) Open a command-line window in Windows 10. 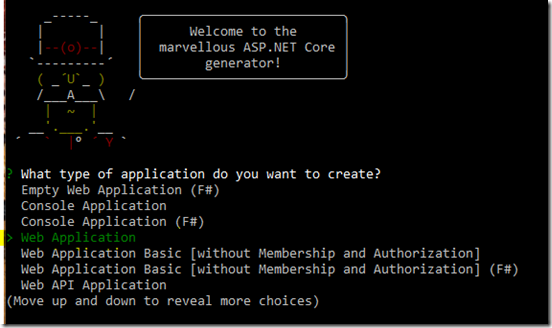 8) When asked for an application name, type-in YoAspnet then hit ENTER. The application will get created for you. This is what it should look like when it is done:

Execute the above five instructions in sequence. Eventually, your command-line windows will be running the Kestrel web server on port 5000: 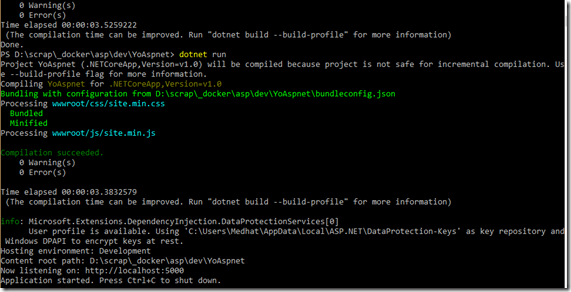 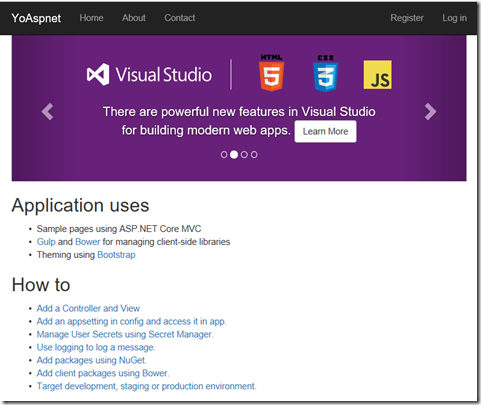 We are now ready to deploy this SQLite database driven application into a Linux Docker container.

Delete the bin and obj folders as we do not need to copy these folders into the container.

We will be deploying our web app into a Linux container. Therefore, right-click on the Docker (whale) icon in your system tray and make sure it displays: 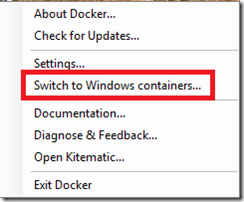 If it does not show the above message then you should switch to the Linux container.

Create a text file in the YoAspnet folder named Dockerfile.linux and add to it the following content:

I will explain what each command in Dockerfile.linux does.


Inside a command-prompt in the YoAspnet folder, execute the following to build an image named dotnetweb/linux that contains our web app:

This will download the microsoft/aspnetcore-build:1.0.3-projectjson container from http://hub.docker.com and subsequently build our new image. When it is done, you can type the following command to see all the images you have:

As you can see, there are two images.
To make a container from the image and run it, type the following command:

As you can see, the container’s port 80 is exposed to the host as port 5000.
If you now point your browser to http://localhost:5000/, you will see the web application served by our Linux container. 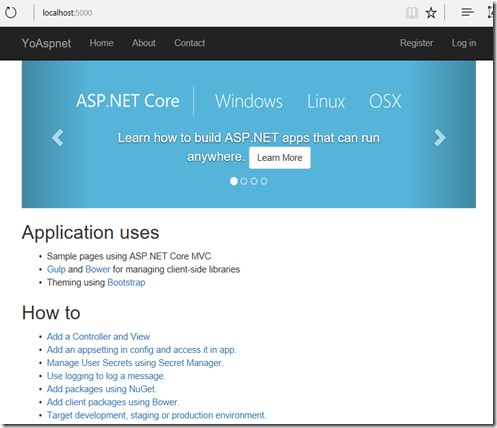 We need to ensure that our database is indeed working. In order to do that, click on Register in the top-right corner of the web app and enter a user email and password: 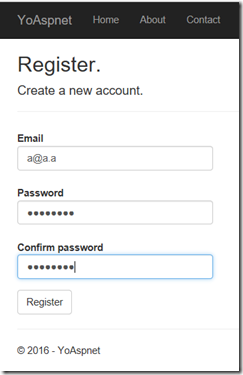 After clicking on the Register button, you should see that the new user was indeed created:

After you remove the image you can again type “docker images” to prove that the image is indeed deleted.
Posted by Medhat Elmasry at 7:58 PM